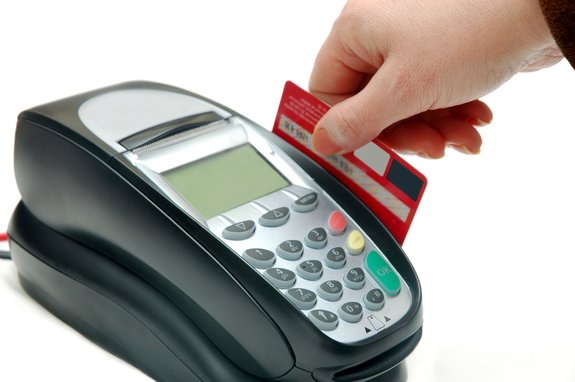 The credit card industry has been “warning” consumers since Christmas that retailers are about to start imposing huge surcharges on shoppers who pay with plastic.

The truth, however, is that few, if any, retailers are actually surcharging. None of the scores of merchants NRF has spoken with from coast to coast have any plans to anger their customers by doing so. And — under the “Catch 22” conditions imposed — most (including Maine) couldn’t even if they wanted to.

Instead, the “warnings” are part of a propaganda campaign waged by the card industry to divert attention from the soaring credit card “swipe” fees banks charge merchants to process transactions — fees that have tripled over the past decade to an estimated $30 billion a year and already drive up prices for customers.

The claims come from a flawed settlement proposed in a merchant lawsuit that sought to lower swipe fees and, in turn, prices paid by shoppers. Most merchants have rejected the still-pending settlement because it does nothing to reform the cartel-like system under which Visa and MasterCard set the complex schedule of swipe fees followed by the banks that issue their cards — a practice the suit claims is illegal price-fixing under federal antitrust law.

Rather than bringing swipe fees under control, the settlement — clearly written largely by card company lawyers — proposes that the fees be passed on to consumers in the form of a new surcharge of up to 4 percent on each transaction. Retailers from Walmart to Neiman Marcus have said they can’t or won’t implement these hypothetical fees, but the card companies have nonetheless spun the provision to make it sound like the charges will be universal.

Regardless of the facts, the prospect has quickly sparked anger and prompted some state attorneys general and local agencies to vow to “protect” consumers. Legislators have rushed to introduce bills to ban surcharging in at least nine states beyond the 10 that already do so (Maine is one of the ten states), and more actions can’t be far behind.

The danger is that a ban on surcharging could give lawmakers the false belief that they have “done something” about card fees — perhaps to the point that efforts to address the real problem could be put off for years. And that is exactly what the card companies are trying to achieve. Rather than admit they have price-fixed swipe fees for decades and agree to make amends, they are trying to protect the billions of dollars at stake with a misleading straw man.

NRF isn’t going to let that happen. We’ve been busy showing lawmakers, reporters and the public the truth — that card company fees are the problem and the surcharge story is a volume that belongs on the fiction aisles. The real threat to retailers and their customers continues to be price-fixed hidden fees that can only be cured by transparency and competition. And we don’t plan to stop until the card industry is blocked from “swiping” billions from consumers’ pockets and retailers’ cash registers.